THE ADVANTAGE OF A CHICKEN WIRE MESH WITH HEXAGONAL NETTING

Wire meshes with rectangular or diamond shaped openings are formed by linking two wires adjacent to each other. Here, the adjacent wires cross once. However, the wires of hexagonal netting are woven around each other more than twice, forming a stronger structure than the others. Hence, if any of the wires is cut, it does not completely break down like in the chain link. 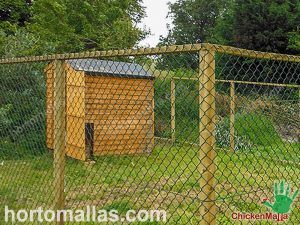 A poultry coop constructed with PVC coated chain link can be quite expensive as compared to ones built with CHICKENMALLA poultry nets.

Wire mesh with hexagonal netting can be made using different methods. It could be reverse twisted, straight twisted or double twisted. 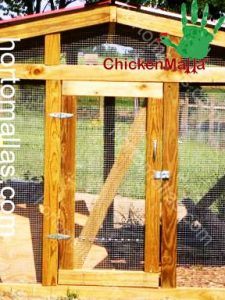 Detail of a poultry house built with poultry wire mesh. NOtice how the net can wrap around corners easily, or be attached to small structures like the door of the coop.

They are also made from different materials, depending on the purpose of the wire mesh. Some of the materials hexagonal netting is made from are: plastic, galvanized iron, brass wire and even stainless steel.

Galvanized wire meshes are very durable and do not easily corrode or rust. They are made of electro galvanized wires, or steel wires that have been dipped in zinc. A plastic wire mesh on the other hand, is made of carbon steel coated with plastic. It is also called a PVC wire mesh and it comes in various colours. 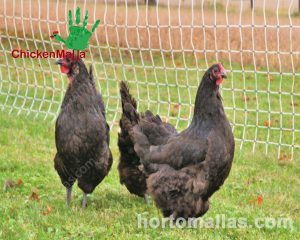 Poultry electric fences are used in grass fed chicken to move them around easily.

Hexagonal netting is flexible and durable, and has several valuable uses.

USE OF HEXAGONAL NETTING FOR POULTRY FENCING: a chicken mesh is used as fence in a poultry pen. The fence keeps the birds contained, and prevents them from straying. It also helps keep predators out. The best material used for poultry fencing is the galvanized mesh with hexagonal netting.

It is strong and can withstand strain, and the weight of animals against it. The multiple weaving of the hexagonal netting also helps it withstand disintegration for a long time.  CHICKENMALLA can be used for enclosing a chicken tractor to be used in grass fed chicken.

USE OF HEXAGONAL NETTING FOR GARDEN FENCING: birds are not the only things that are visited by predators. Animals such as deer and squirrel also wreak havoc on gardens. Just like poultry fence, chicken mesh keeps these animals out of the garden.

Horizontal chicken netting ensures that the animals are not able to pass through the openings. It is also able to withstand the weight of the animals against it. 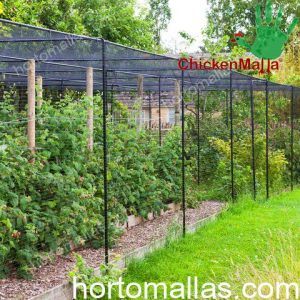 Sometimes hexagonal wire netting is used to keep birds off cultivated areas, in this picture we used CHICKENMALLA plastic netting.

USE AS trellis netting: it is very important to use hexagonal netting as trellis for climbing plants. It serves as a support for these plants and it can be used for a several growing seasons before it eventually gives way, unlike some other kinds of supports. This is because it is able to bear the weight of the plants against it. Also, a cut on one of the wires does not completely damage it or the plants. 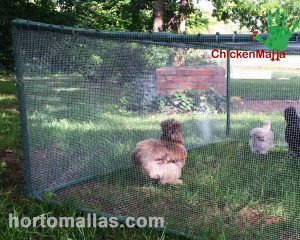 Chicken tractors can be built with hexagonal mesh or plastic poultry netting in order to make them more transportable.

USE AS POULTRY BEDDING: PVC covered hexagonal netting with smaller openings is also used as poultry bedding, especially for chicks. It protects the birds from burrowing animals and also makes cleaning easier.

Hexagonal netting is most suitable as poultry bedding because it is durable and can withstand the strain of the birds.