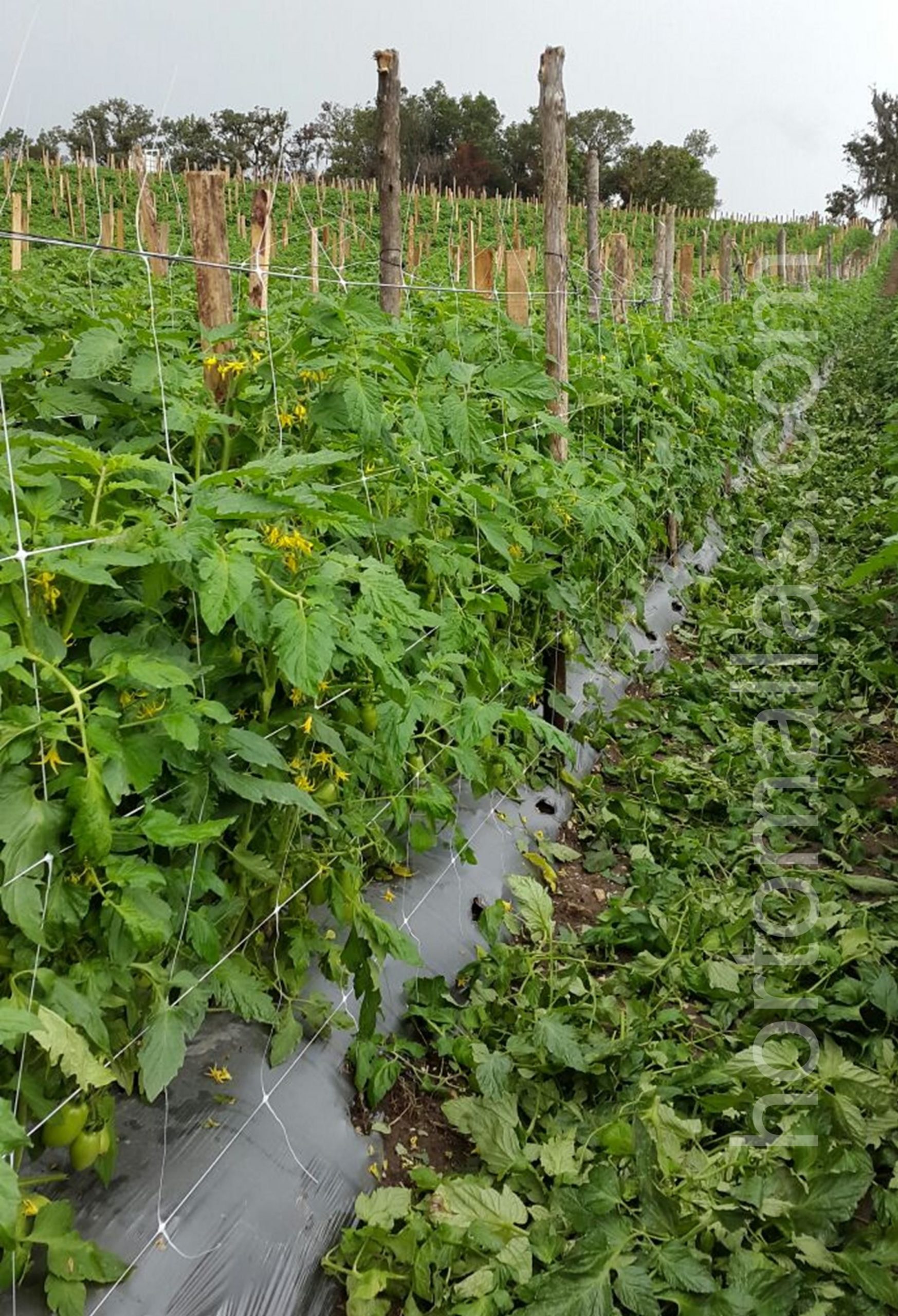 Mechanical stress reduces your production yield by many tons per hectare

Mechanical stress appears as a physical alteration in the plant or in one of its parts and can affect the plant at any stage of its development. Wind and rain are the main factors causing mechanical stress but there are other factors too such as animals and in the case of crops, agricultural practices.

Studies on mechanical stress in plants have been carried out since the 1970s, and have found that it reduces seedling sizes and affects the development of the fruits of the crop. Seedlings (the youth stage of the plant being cultivated) are the most affected and lose height or stem thickness when they are exposed to mechanical stress.

Mechanical stress is generated to varying degrees whilst carrying out agricultural tasks and can cause anything from a mild effect of slowing down the plant’s growth, to causing its death. Transplanting, or planting out, tutoring plants and pruning are essential to tomato production. SIAP reported in its preliminary data that in 2009 395 tons of tomatoes per hectare were produced, to be sold at USD $1.25 (average price per kilogram) in boxes of 25lb (11.330 kg) for USD $14.16 per box (figures taken from INFOACERCA). Given that up to 18% of the yield can be lost due to mechanical stress caused during its production stage, this would equate to losses of up to 7,100 kg per hectare, with a value of US$8,887.50.

For that reason, generally, care should be taken to minimize the stress caused to the crops, although some studies have revealed that mechanical stress on seedlings just prior to their transplanting can actually benefit the plants by standardizing the plants’ height and making them more resistant to being handled.

Using HORTOMALLAS® support netting reduces contact with the plants whilst tutoring. Support netting or tutoring nettings are very easy to install and don’t retain moisture as they have been made from one single piece of material. They can be installed in a single line for vine crops like chayote, pumpkin etc. Or, for crops of chilies, peppers and tomatoes (certain varieties), they can be installed in double rows of support netting (“v” shape or sandwich formation).