In recent years, extensive animal farming systems have been implemented, in this case egg production from grassland birds, which has given rise to a lot of unease among farmers as to whether these systems are financially viable or not. For that reason, a profitability study was carried out using a batch of 303 grassland hens in the Antioquia University’s Hacienda Vegas de la Clara, located in the Gomez Plata municipality. However, due to a lack of recorded information, the results could not be conclusive. As a result, this review article analyses references and articles where the productivity of these systems has been examined, and uses this information as a basis for developing the project that is then presented. 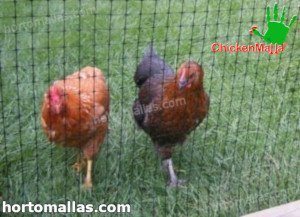 There are many ways to raise poultry, so it is essential to know what it requires to provide a good environment to the chickens.

Eggs are one of the products most consumed by humans and their consumption has increased rapidly in recent years due to their high protein content and high nutritional value. This increased demand has led farmers to look for and investigate alternatives to step up production systems, quality and final presentation for sales to consumers. Simultaneously, an increased awareness has been aroused as regards animal well-being – a subject which intensive egg production has received a lot of criticism about. This has given rise to an increased demand for more naturally produced animal products with higher quality guarantees.

Unfortunately, at the present time, such alternative production systems have not been scientifically evaluated. A few institutions have dedicated themselves to investigating this field, among them the CIPAV foundation in Colombia, which has identified a large number of foraging species that can be used for animal food in alternative production systems and fit the optimal nutritional requirements (Vargas and Delgadillo, 1998). When bordering off the foraging area, such systems use a type of poultry net, hexagonal poultry netting or plastic chicken wire, to section off the grazing area. 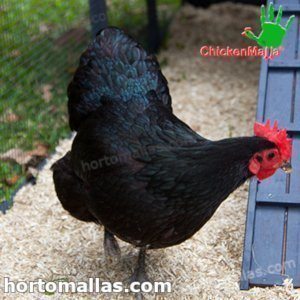 It has not been scientifically proven that alternative systems guarantee to be ideal for the breeding of birds.

This lack of scientific research is due to the lack of data about the true productivity of these systems and that is where the problem with implementing such systems lies – it’s difficult to convince farmers of their financial viability. However, by consulting some reference works we can find some studies that have been done on the productivity of these alternative systems.

Grassland poultry farming is a more environmentally friendly option and a suitable alternative for improving the standard of living for small-scale farmers in under-developed countries (FAO, 2003). Layer hens are a good income source, improve the nutrition of rural families and therefore help to

fulfil family and social obligations. Some of the most important benefits obtained from grassland poultry farming is the improvement to immune systems, lower stress levels compared with confined systems and a decreased mortality and morbidity rates (Salatin, 1993). In the reference works consulted, much is said about the positive impact these systems could have in under-developed countries as they involve lower production costs and can be managed simply by small-scale farmers. In addition to a simple chicken house, all they would need would be an area large enough for the chickens to graze and a type of poultry netting to cordon off the area. They can obtain good quality results which would be of great benefit to the food sovereignty of rural communities as well as being a more animal-friendly option.

As farming is becoming more and more centred around animal well-being, these systems have the advantage over more traditional methods, allowing the birds to roam freely whilst being protected by a good quality poultry net.

The review was carried out by studying the production of chickens grazing at Hacienda Vegas de La Clara located in the municipality of Gómez Plata in the department of Antioquia, in addition to 10 studies carried out in different parts of the world such as: Spain, Mexico, Colombia, Central America and the Caribbean, Central-Eastern Venezuela, Cuba and the Humid Tropics.

A total of 303 birds (BabCock Brown) were used in the Hacienda Las Vegas de La Clara, and 12 studies on grazing hens were used for the review. The materials required were a chicken house (mobile or fixed) and hexagonal poultry wire.

The studies carried out on hens in different places were reviewed to evaluate the production, viability of systems, bird well-being, costs of installing poultry net, diseases, mortality, losses and egg quality.

By means of the study carried out on grazing birds in the Hacienda Vegas of La Clara Located in the municipality of Gómez Plata, productivity was verified by means of data collection that allowed us to arrive at this affirmation where parameters such as mortality, production, rejects/sales and daily bird food consumption allowed us to ascertain the productivity.

-Mortality: Measuring from week 20 onwards, and appears in the graph as the percentage of accumulated mortality, plotted at intervals of 5 weeks (birds that died in those 5 weeks) and birds that died in the previous weeks. In other words, at the end of week 85 the total mortality rate of all weeks, which was 24.9% – 73 birds died during the course of the whole production. You must choose the most suitable system for your economy to raise chickens.

– Discarded/sold: No birds were discarded, so only those that were sold were measured and the percentage accumulated. The birds sold in those 5 weeks + the birds that were sold in the previous

weeks. The 85th week represents the total percentage of birds sold during the whole production process.

– Consumption: Plotted every 5 weeks, and shows the amount of food in grams that was consumed per bird in 5 weeks. In week 20 shows the consumption of only 3 weeks (18,19 and 20).

The total consumption if grams per bird per week during the whole production was 50,664 gr.

In the variable profitability that we wanted to find in this study we found some difficulties such as lack of information regarding investment in materials such as poultry nets, budget, profits and losses, which did not allow us to fully complete the research. Due to this shortcoming we plan to conduct a review of grazing hen farming systems, covering several articles in which these studies were carried out. Another issue has been that the information available is not very specific and is focused only on profitability studies. 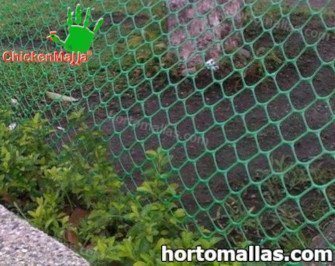 A good option is the use of nets for poultry, they avoid the attack of predators, protecting the hens.

The most published and most specific results were those regarding productivity and animal welfare. Based on all the articles that we reviewed, the results coincided with productivity for small-scale producers, since for them it is financially feasible. It was also shown that when operated in conjunction with a mobile chicken house and a roaming area sectioned off with chicken wire, operations worked better as losses from robberies and predator, as well as diseases in humid climates, were all avoided.

The effect of the analysis was not statistically significant as regards food consumption and egg weight, but it was significant for the other response variables evaluated.

From the results found, grazing hen farming systems can be considered to be economically viable, but not enough to merit large investments as they do not produce the kind of figures that intensive farming systems can handle. They are able to cope with 2000 at the most, a figure which is not very attractive to a large-scale producer. However, these systems favour small-scale producers, who are more inclined to manage this type of extensive system, and it also has a positive impact on the food sovereignty issue (6). It has also been found that the eggs of grazing hens are of better nutritional quality due to the more varied diet given to them, not eating just concentrated foods or maize, but also forages and worms (2). The low cost of infrastructure and food must also be taken into account, although of course they will depend on who manages the production (1). Animal welfare in this case is also respected by keeping the birds in a more natural environment where they have the freedom to move, be out in the fresh air whilst protected from predators using poultry nets, and are not under as much stress as if they were confined for their whole life. 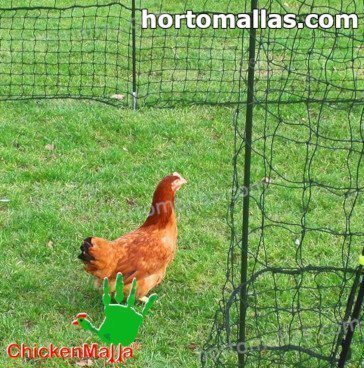 To be able to implement an adequate system, you must first create a suitable environment for your animals.

Grassland farming systems are a viable scheme for small-scale producers, and play a very important role in the area of food sovereignty, giving farmers not only an income but also food security.

– Before proposing a project, make sure that the necessary information can be obtained to carry it out correctly.

– When thinking about carrying out this type of farming, it is necessary to study more rustic breeds which are able to adapt to the climate where they will be living. – When making the installations it is better to use both cost-effective as well as good quality materials e.g. Bamboo and hexagonal poultry wire.

– More systematic and scientific studies are needed on this subject to obtain more objective and reliable information because the available data is very scarce and shallow.