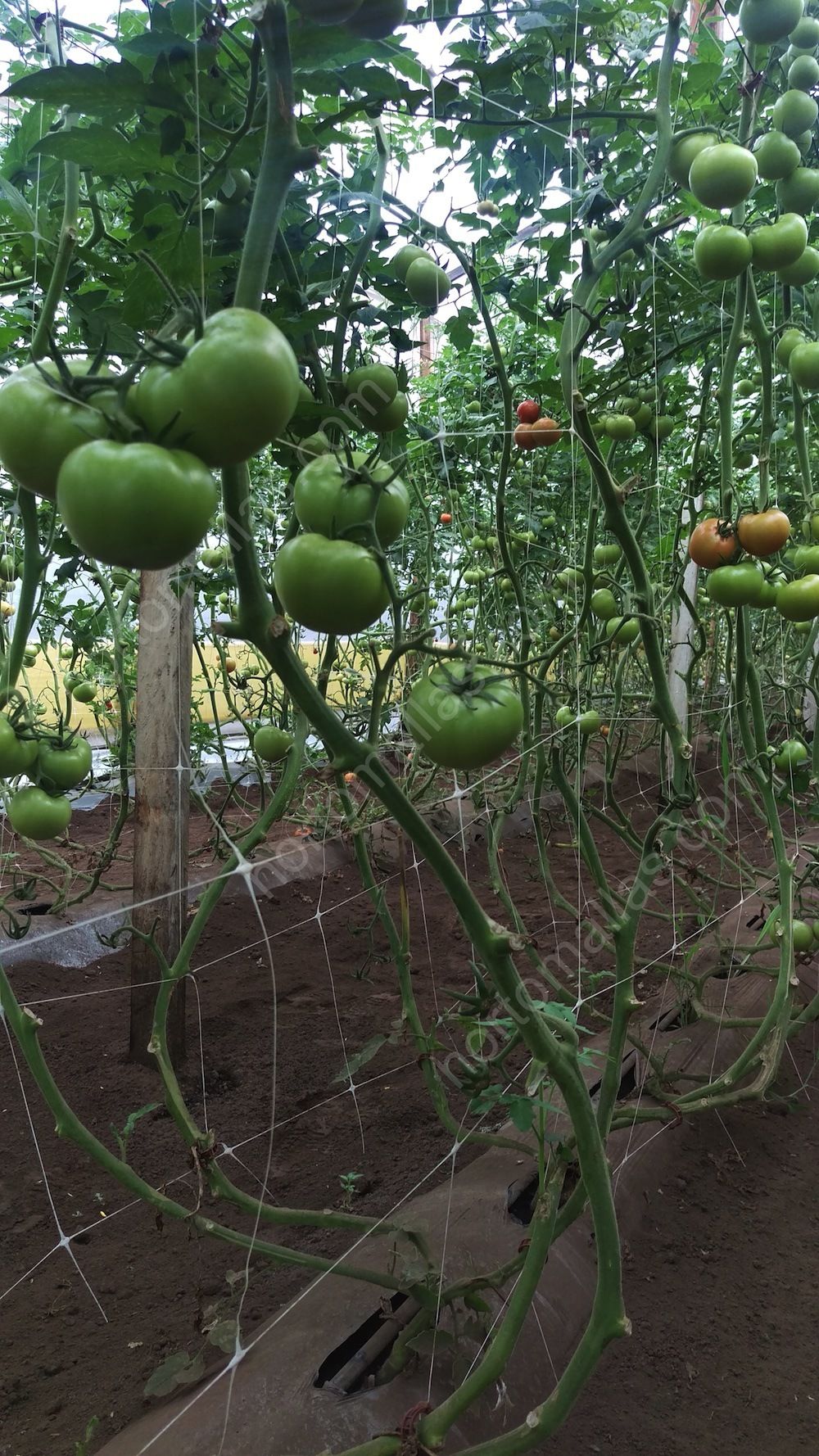 Should I use trellising net on my vegetable crops?

Here´s a series of questions and answers on trellising net, we hope this may be useful for your vegetable support decision.

Question: So I am already planning out my vegetable garden for next year, and I needed a little help/advise. I was thinking about putting up trellis netting (as in the link below, using the same method with stakes). I wanted to put indeterminate tomatoes, cucumbers and peas on either sides of the trellis. Here are the questions I have:

3) Do you think I can fit 6 tomato plants, two cucumbers and several peas in this 15′ row?

Thanks so much in advance and please share previous experiences with trellising net.

I used this type of trellising net this year. I found that beans like to grow on it, but cukes and squashes and melons don’t. It’s too slippery for them. I had to kind of wind the stems through the holes and even then I had to weave sisal twine through it to give the tendrils something to grab onto.

I think this would actually work well for tomatoes, because they don’t have tendrils. But it would need good support to hold up the tomatoes–not that the netting would break. It seems very sturdy.
Like Bookmark August 22, 2008 at 6:56PM
corapegia(z5 NY)

I’ve used this kind of netting (from Pine Tree seeds) long enough to have to replace it once or twice. (I leave it up on the frame year round) All pole beans do great on it. I always grow the cucumbers on it (Burpee burpless) The only problem is that both beans and cucumber would prefer it taller than the 9′ frame. I use a small 3 step ladder to get the beans at the top. I’ve never tried tomatoes, I can’t quite imagine it since it’s kind of 2 dimentional and tomatoes are definitely 3 or 4 dimentional. I’d be curious to know if it works.
Like Bookmark August 23, 2008 at 8:54AM
sinfonian(U8b A2 S5 SeaWA)

I’m using trellis netting with 2x4s holding it up 7 feet above my beds. I’ve got pole beans, cukes, tomatoes and peas growing on it and it’s holding everything well. Though I do have cages around my tomatoes to provide more support. I see no reason it wouldn’t work for you too.

Here’s a picture of my pole beans, tomatoes and now dead peas, minus the cukes which are farther over.

Thanks for all of your help, I am definitely going to go ahead with my plan.

I would still appreciate any other previous experiences with trellising net.

I’m using trellising net this season for tomatoes and itÂs plenty strong. Two trellis are 4′ wide by 7′ tall with four plants total and they are very crowded. The cherry has turned into a monster and is crowding the beefsteak and roma. The rest of the tomatoes are on netting that is 15′ wide, 5′ tall with metal stakes every 4 feet. I spaced the plants every 4-5 feet and these plants are not crowded. Although they’re getting taller than the trellis, it’s easy to “weave” new growth to the side. The exceptions are the Brandywine that aren’t as flexible as the others. I’ve supported these with an additional bamboo stick here and there. Tomato spacing really depends on what kind you want to grow. Cherry need LOTS of space. Some, like Black Krim, are short and squat. I think my Brandywine could have been put closer together because they didnÂt branch out but are very tall.
Like Bookmark August 23, 2008 at 9:28PM
jane4667(5)

Sprouts honor- What kind of metal stakes are holding up the larger netting?

They were for livestock fencing with notches every few inches and a metal “arrow” at the end to drive into the soil. My uncle gave them to me for free when he replaced his fence. If I had to buy them, I like the green ones from Home Depot that have holes that you can put string or wire through.
Like Bookmark August 24, 2008 at 4:21PM
jane4667(5)

You Mean those metal T post things for fences are sturdy enough to hold up all of you vegetables? How deep did you drive them in?
Like Bookmark August 25, 2008 at 8:40PM
justaguy2(5)

I have found that with anything that reaches the top of the netting like pole beans they tend to pull it downward in the middle so a top support is helpful.

15′ of row is ample for what you plan to grow. You can space the tomatos 2′ apart and give the cukes 1′ each. That leaves 1′ for some peas. If you want more room than that just space the toms at 18″, but you may wish to prune some of the suckers off them to not end up with a thick wall of tomato foliage.

Also, I would be surprised if the netting lasted more than a year with that much weight. I generally replace mine each year as a few strands end up breaking, but I just have mine tied to t posts, no top support.
Like Bookmark August 25, 2008 at 9:25PM
sprouts_honor(5, southern shore of Erie)

jane4667 – I apologize for misreading your first question. The largest trellis was constructed by my husband from copper pipe. I think itÂs only a foot deep because he was worried I would grow pumpkins or winter squash on it. At the top of each pole are elbows that hold a top piece of pipe – creating an arch like structure. If you push it, it will sway as much as 5 inches even after I constructed a brick raised bed around it. It’s held beefsteaks tomatoes to gourds and mini-pumpkins without problem. In the winter, it’s a bit of an eye sore, but it’s behind my parentsÂ barn where no one sees it.
Like Bookmark August 26, 2008 at 8:54AM
jane4667(5)

I have a wire fence around my garden (I think it is called a rabbit fence). Next year I am expanding my garden and I wanted to incorporate a gate (instead of having to jump over it). I have been looking all over the internet and I have no idea what to do.
Does anyone know where I can get a pre-made gate about 3 feet wide and 28” tall?

Does anyone know where I can get a pre-made gate, or an easy way to make a gate?
Like Bookmark August 28, 2008 at 9:30PM
Slappalachian

I use nylon 5′ by 15′ trellising net, spaced the 3 metal fence posts about 7’3″ apart, i drove them in with a small sledge hammer while standing on a 5 gallon bucket. I wrapped the excess netting around each end post to give it a better connection and make it taught. I secured it with 4” plastic zip ties. The height of the hammered in posts are 62 and 1/2 inches, support the center with zip ties also. The post are heavy duty galvanized steels posts around 5 bucks each at home depot. This trellis is bomber and will support heavy crops. Will provide pic’s soon!