Eliminates problems occasioned by birds without harming the birds

Sparrows Breeding performance in suburban and urban habitats appears to be poorer than in farmland.  House sparrows suffer greatest mortality during the breeding season, when adult birds appear to incur greater risks as they try to find food for their youngsters. With declining populations in suburban gardens, one might expect to see an increase in breeding success, as there is less competition for the available food. Not only is breeding success poor in suburban areas, there has also been no increase in that success in the past 20 years. Predation by cats and Sparrowhawks could be a factor affecting populations in suburban and urban situations, as cat ownership has risen and Sparrowhawks have colonised urban areas.  Lack of nest sites has been proposed as a factor reducing the number of House Sparrows in our towns and villages. Although modern buildings contain fewer nest sites, House Sparrows will also nest in thick bushes. Food supplies in our towns and cities may have been reduced with the development of new buildings on previously derelict land. House sparrows need aphids, weevils, grasshoppers and caterpillars to feed their young and these may now be harder to find in our towns and cities. 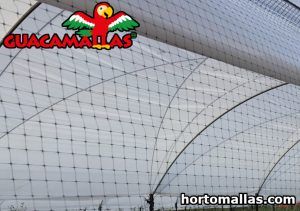 The advantage of the net against birds is that it does not endanger the life of the birds.

All wild birds, their eggs and nests are protected under the Wildlife and Countryside Act 1981; under this Act birds cannot be taken or killed, nor their eggs or nests (when in use or being built) be taken or destroyed except under licence. An “individual” licence is granted by DEFRA to approved, named individuals, to tackle a specific problem, within a specific period of time, in an agreed manner. DEFRA assess applications on a case by case basis. Without a licence it is illegal to kill starlings. Sparrows may generate problems for people in the urban areas. These problems can range from causing bad aspects to our homes and generate health problems in public places. The best practice to avoid possible damage that sparrows can generate, is preventing access to the areas where the birds roost. It is important to take care of the anti birds methods that are used, to avoid hurting sparrows. A safe and practical method to prevent sparrows and without damaging them are anti birds netting. GUACAMALLAS or anti-bird netting does not harm the birds as only acts as a barrier. It requires proper installation of the mesh, as they must not be folds in which the birds could become trapped. 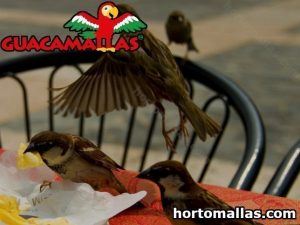 Sparrows can be a big problem in urban areas, one of them is giving homes a bad look.