One of the most problematic pest birds species is the domestic pigeon Columba livia domestica is found worldwide and are a very common in urban and city environments. The feral pigeon have adapted to the roosts and nesting sites provided by buildings and other structures.

Descended from domesticated strains of the Rock Dove Plumage can vary considerably, from the blue- grey of the rock dove through to reds, chequered to almost pure black. The cock bird is usually bigger and stronger than the hen. Twigs, feathers or any available scraps, such as plastic and wire are used in the construction of nests, which are frequently flimsily built but become well -defined when used for successive broods. Breeding can occur throughout the year however the peak occurs between March and July. Usually two eggs are laid with incubation lasting 18 days. Fledging taking place 4 to 5 weeks later. 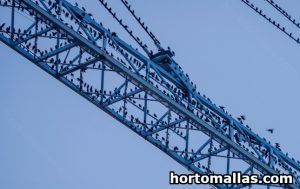 Pigeons are the birds that cause most problems and it is very common to find them in urban spaces.

A familiar site in both urban and rural environments where it is closely associated with humans can be a serious pest when it enters food and manufacturing units, warehousing or loading areas

Nests are built in a variety of places, normally sites in and around buildings such as holes in walls, eaves etc. are preferred. The Breeding season extends from April to August where two to three broods may be reared. Large populations may live entirely within buildings especially where there is an abundant food source to exploit. 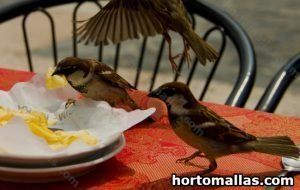 Sparrows are also a problem because they build their nests in buildings or holes in walls.

This bird is widely distributed being one of the commonest pest birds species within the British Isles. Starlings roost in trees, buildings and other structures such as bridge girders etc.

Substantial nests are constructed, mainly from grasses 4 eggs are laid and incubated by the female for 12 days. Fledging takes place between 21 to 24 days. Most starlings roost communally from late summer until the following breeding season, forming conspicuous gatherings towards dusk. 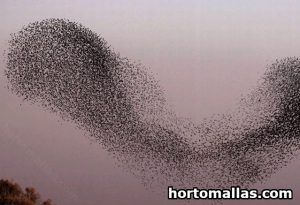 Flock of starling flying in the field.

Bird Control Nets as a Method to Prevent Bird Damage

All the above birds can be stopped and any damage caused by them prevented with the simple installation of anti bird nets or aviary meshes.  These bird nets are simple to install as they are easy to handle and 100% made out of plastic materials that will not rust. 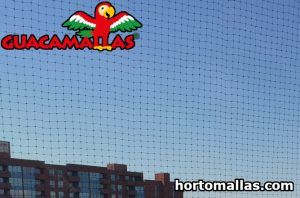 The benefit of purchasing the GUACAMALLAS anti-bird net is that it is made of a plastic material that does not rust and is easy to install and handle.