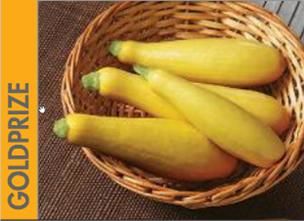 Growing pumpkin on trellises frees-up garden space for other plants.

The sprawling vines of the average pumpkin plant can cut the festive autumn vegetable from many garden plans. A wood or bamboo trellis with plastic or cotton netting can solve garden space problems by raising the vines off the ground, creating a living green wall in the garden. While champion-sized cucurbits are too large to consider for a vertical garden unless you use a good system of fruit hammocks, smaller varieties can be grown using a support system to keep the fruit from pulling the vines off the trellising net.

Lay a 1-inch-thick dowel or discarded broom handle across the tops of both tripods. Fasten the ends of the dowels to the tops of the stakes with more florist wire to create a sturdy frame.

Grow and Train Pumpkin on Trellises

Plant the pumpkin seeds in a row directly in front of the netting. Choose a pumpkin variety that produces smaller pumpkins such as “Baby Bear,” “Spooktacular” or “New England Pie.”

Twine the vine tendrils through the plastic netting as they grow to train them to the pumpkin trellis. As the vines get taller and produce more leaves, the trellis begins to look like a wall of leaves, creating a green privacy fence in your garden.

Make a sling for each pumpkin as it develops. Tie a length of string to each corner of a discarded towel or length of cotton fabric. Place the growing pumpkin in the sling, much like sitting it in a fruit and vegetable hammock, and tie the strings together. Attach the connected strings to the dowel to support the weight of the growing pumpkin.

HORTOMALLAS trellis netting will last many cultivation cycles and is also used to train tomatoes peppers and cucumbers.