Efficient methods to keep away the birds without damaging them, using bird control nets 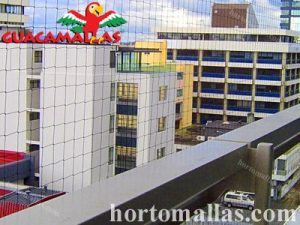 The starling bird is considered a pest in the field and in the city.

A starling is smaller than blackbirds, with a short tail, pointed head, triangular wings, starlings look black at a distance but when seen closer they are very glossy with a sheen of purples and greens. Their flight is fast and direct and they walk and run confidently on the ground. Noisy and gregarious, starlings spend a lot of the year in flocks. Still one of the commonest of garden birds, its decline elsewhere makes it a Red List species.

The Starling is sometimes regarded as a bit of a pest in both town and country, where it can destroy entire agricultural crops, but around 1800 it was virtually extinct in Scotland. It had spread throughout Britain by the middle of the 20th century and today can still be seen in enormous flocks particularly in autumn and winter. It is at this time of year (August to March) that resident British birds are joined by migrants from north and north-east Europe.

There is now some concern that numbers of starling are declining. This is largely due to the changing agricultural landscape with less permanent pasture and mixed farming reducing the supply of earthworms and leatherjackets on which the Starling feeds.

All wild birds, their eggs and nests are protected; under this Act birds cannot be taken or killed, nor their eggs or nests (when in use or being built) be taken or destroyed except under licence.

Since these birds can be located in both urban and rural areas, have certain problems become important for the welfare of people. Proposals to prevent problems caused by Starlings, probably not the most appropriate. 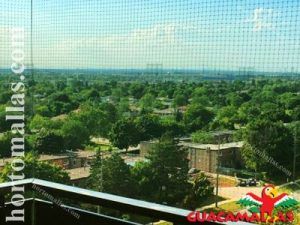 There is a law that does not allow killing any type of birds or destroying their nests in the fields unless you have a license to remove the nest.

Another option to avoid or prevent any problems caused by birds are barrier methods. There are some plastic nets that act as a barrier. These anti-birds nets are installed in the area where you want to prevent access to the birds without cause them any harm, just stop birds present on these sites.