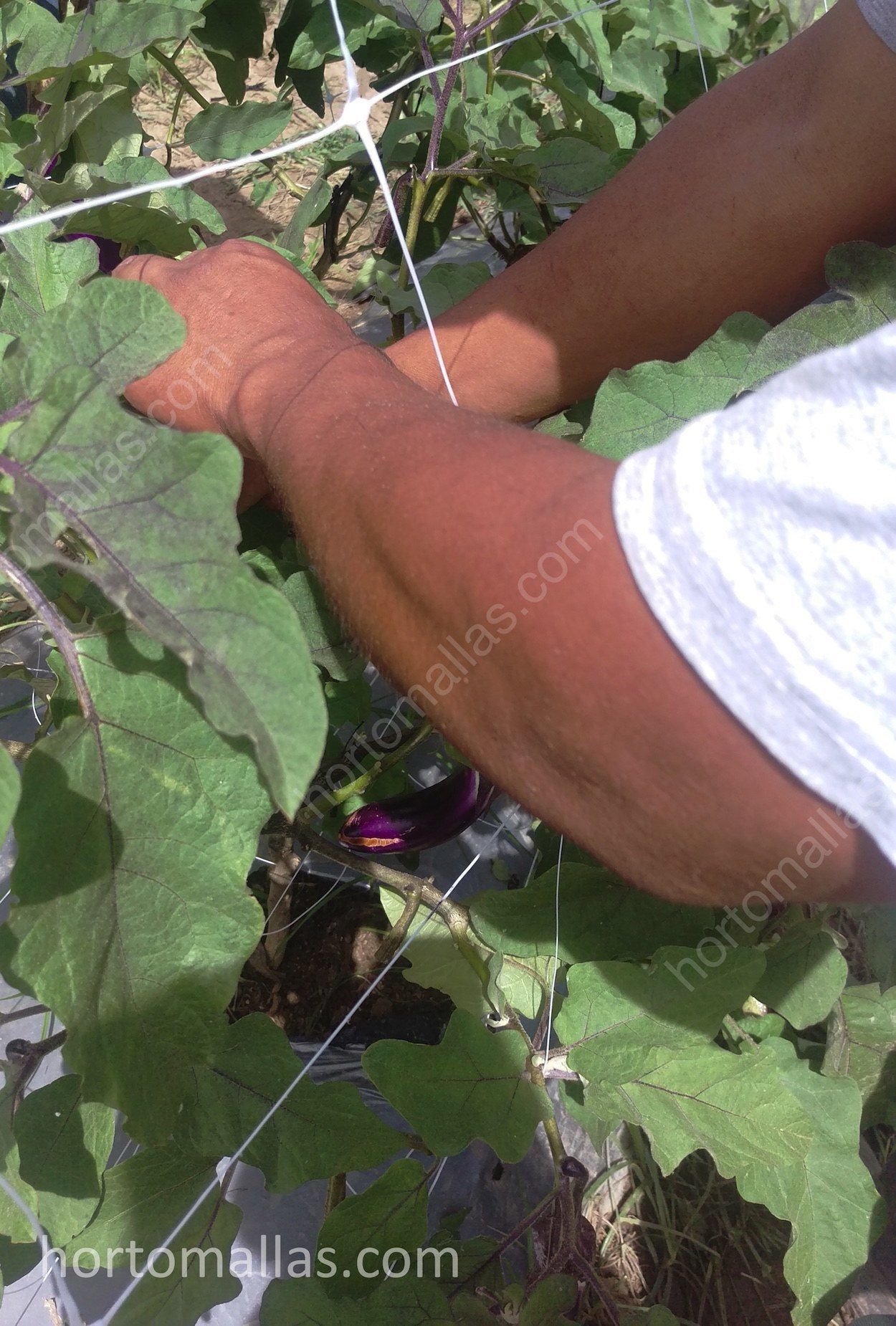 The production of vegetables is responsible for generating jobs and producing foreign exchange, and can be made even more profitable with the help of HORTOMALLAS® crop netting.

In the current market with a growing demand for food, the agriculturist needs to be constantly on the lookout for better and more efficient methods of growing their crops. If this can be done without the cost associated with adding even more agrochemicals to your fields, all the better. The use of a vegetable support systems with HORTOMALLAS® trellis netting in the harvesting of tomatoes, peppers, squash, eggplant, and cucumbers is a common practice by high performance producers. Because we want to help our potential clients become high efficiency growers, we have assisted researchers and other agriculturalists in the publication of research papers showing how you may augment your fields production and quality of fruit, allowing you to stay competitive in the market just by using trellis net.

The researchers found that crops grown with crop netting obtain better yields; crops grown on the ground only yielded 50.1 tons/Ha, whereas crops grown with trellis netting yielded 88.6 tons/Ha which is close to a 77% better harvest.

One of the causes for this disparity in harvest levels between growing your crops on the ground, and growing your crops with HORTOMALLAS® crop netting is the difference in achievable population densities. When grown on the ground: plants will naturally spread out and block the available sunlight of any other crops grown too closely, make harvesting difficult for laborers and potentially damaging to the plant, and will discolor the fruit from being in contact with the padding and irrigation systems.

HORTOMALLAS® trellis net makes maintenance tasks such as pruning both easier and faster for your laborers, which is important since this will directly lower your production costs (with crop netting). This simplification of maintenance tasks like pruning is essential for cucumber training, due to the fact that although the production requirements are very similar between Persian and European cucumbers, the pruning process is very different. European cucumbers can be pruned to a single stem without lateral branches. The fruit is removed up to the sixth to eight nodule after which one fruit can be allowed to grow per nodule or every other nodule until the horizontal support is reached. On the other hand, Persian cucumbers establish multiple fruit in each nodule as well as in lateral branches, so the plant is allowed to grow as it wills. To avoid excess vegetative growth, lateral branches can be pruned.

That last detail in particular about the potential excessive vegetative growth in Persian cucumbers can actually damage traditional agricultural raffia and staking. Traditional raffia trellis systems do not have the load bearing capacity in comparison to trellis net to deal with the excessive growth of the Persian cucumber, so its true fruit bearing potential can not be reached.

The results published in the paper demonstrate that there is a very positive response by the cucumber crop by using a cucumber trellis net. The vertical distribution area and greater vegetative growth potential that is offered to the crop increases the potential performance in several ways: It avoids letting the fruit touch the ground, it allows for a higher population and fruit density, it promotes better distribution of solar radiation in the vegetative canopy to increase photosynthesis, aids in aeration, allows diseases less influence in the growth of your crops, the color and shape of your fruit will be more homogeneous, the leaves will be easier and faster to prune without the danger of harming the fruit, and the fruit itself will be easier to harvest.

In short, HORTOMALLAS® horticultural netting allow you to focus on growing the best fruit at a higher quality giving you the best chance of exporting more fruit to the European and North American markets where profits are higher than local ones