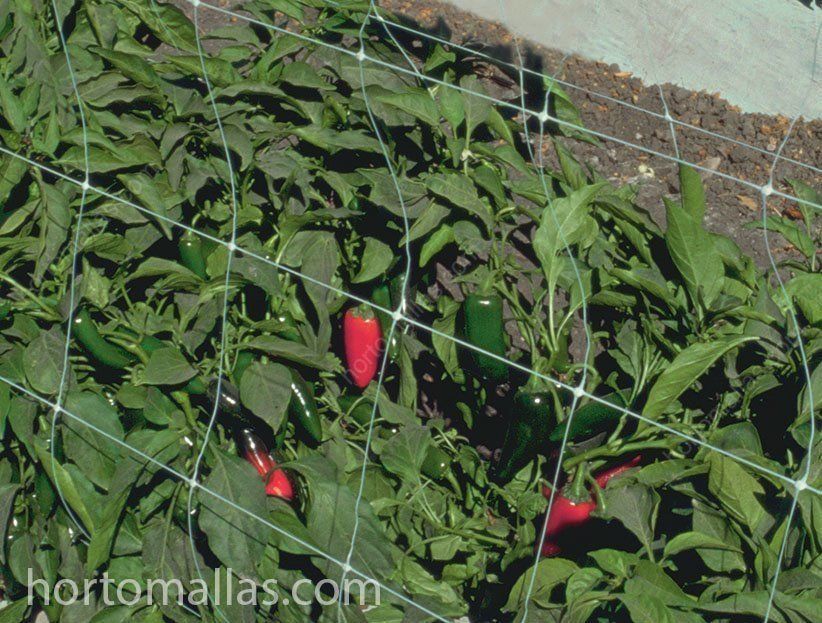 Chili pepper diseases and their symptoms

It is the constant search for a more efficient and profitable method of elevating the productivity of our fields which drives advancements in agriculture. One method that has rapidly started to overtake the older raffia support system is the newer trellis netting system. The use of trellis netting to support crops has given agriculturists a great competitive advantage when they sell to both domestic and international markets. One part of this advantage comes from the fact that crop netting is much easier and less labor intensive compared to raffia. One of the other advantages that can be seen when using crop support net is the reduction of contagious chili pepper diseases, reducing the amount of money that needs to be invested on certain agrochemicals. For these and several other reasons, more agriculturists, both large and small producers, are switching over to use plant support netting, elevating the productivity of their fields and increasing their profits. All of this with the implementation of a simple and easy to install system.

Importance of chili pepper in Mexico

After the tortilla, the chili pepper is most likely the second most important ingredient in the Mexican kitchen, giving Mexican food its characteristic taste and spiciness both directly, and in the sauces that can be added optionally to the food, making it a very important part of Mexican culture.

The estimation for the annual production of capsicum peppers is in the area of 3 million hectares. Mexico is currently at the forefront of this worldwide production, with more than 2,294,400 tons worth of green chili peppers grown in 2013. That represents roughly 32% of the entire world’s production of chili peppers, which is then exported to countries such as the United States, Japan, Canada, Great Britain, and Germany.

Trellis netting and its benefits against chili pepper diseases.

Due to this, the implementation of a simple practice that improves the performance of the growing crops is of great interest to agriculturists.

One of these simple agricultural practices to improve the yield of a field is to use crop support netting to tutor your crops. This type of support system is utilizable on a wide selection of crops and legumes, and is a replacement of the traditional raffia tutoring system and the obsolete ground cultivation. Both of those methods are an older, less efficient method of growing your crops which additionally propagate the contagion of several diseases to chili peppers, tomatoes, and cucumbers.

It should also be noted that the installation of crop support netting is very easy, normally only requiring 2 workers to install one hectares worth of netting in one and a half days. Additionally, this trellis netting makes the application of agrochemicals, such as fertilizers and plaguicides, much more efficient for your workers, as well as facilitating the harvest of the crops.

Another characteristic that makes trellis netting one of the best options that you can provide to your crops, is the reduced manual labor needed to maintain the system once it has been set up. This reduction of manual labor not only saves you money from the reduction of labor, but also drastically lowers the transmission of disease from one plant to the next due to the mechanical transmission of your workers hands and tools. This type of transmission is a very common vector method utilized by fungi, virus, and bacteria to transfer themselves from plant to plant. Another benefit of using crop support netting in comparison to a raffia twine system, is that it helps us avoid the 18% performance loss that is usually associated with using raffia. This loss when using raffia has been proven is several independent studies, and is caused by the stress that physically manipulating the plants causes.

The following is a brief example of some of the various chili pepper diseases that are avoidable by using trellis netting.

The most common symptoms in chili peppers are:

Due to the effects of these chili pepper diseases on crops, and because the chili pepper crop is such an important economic activity for many countries, it has become increasingly important to make the production chain as efficient as possible.