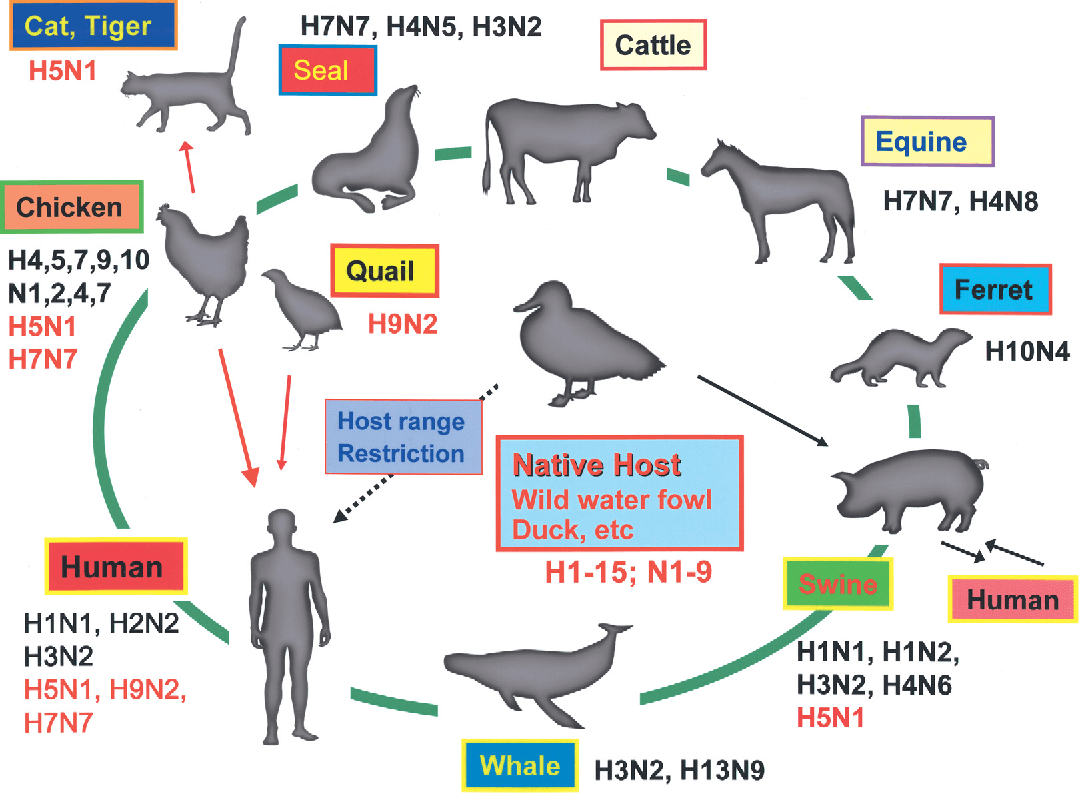 Often called avian flu but also known as avian influenza, this disease is an infection caused by avian influenza A virus. The virus occurs naturally in most birds around the world and can infect not only other birds, but also other animals and even humans.

This disease can be spread through saliva, nasal secretions, faeces or when in contact with surfaces that have been contaminated by infected birds. The virus has been identified in over 100 species of wild birds. The most common are swallows, garden birds, seagulls and waterfowl such as ducks, swans or geese.

Migratory birds become a dangerous means of transmission as they fly over long stretches of land and can spread disease from one continent to another. This is especially worrisome as the disease in humans is serious and potentially fatal.

As mentioned, it is common to find the avian influenza virus in garden birds so it is important to find a solution as bird caregivers and people who consume the products of these birds are at risk of contracting this serious disease. On the other hand, in terms of production issues, infected birds have a large decrease in the production of eggs and because of the aggressiveness of the virus they can die, affecting profits.

Why is it important to prevent outbreaks of avian influenza in poultry?

For these reasons it is important to keep abreast of the bird population, and if there are any sick birds, they should be removed immediately, and groups of birds who were close to the infection should be quarantined and given medication.

How do you know if birds are sick with avian flu?

These are the main symptoms that are visible and it is important to pay attention to them.

There are natural barriers which can be used to prevent the spread of the virus, such as planting trees in several rows one after another to form a kind of barrier. However, these strategies are not entirely effective as birds can pass beyond these rows of trees and enter the farm.

So… How can the spread of the virus in poultry farms be prevented?

There is another alternative that is more effective, which is the use of anti-bird mesh. These meshes become a barrier that not only prevents the flow of birds, but also other unwanted animals that could bring other diseases.

These meshes, unlike natural ones, are totally effective in preventing affected birds from passing through. It would be ideal if all neighbouring farms used this mesh to minimize the risk of inter-farm contamination.

The use of these meshes will protect your birds from being infected by avian flu or other diseases that can be transmitted by other birds or by other animals.

What are the benefits of using this mesh?

This type of mesh can also be used in other places, not only on a farm or with crops. They can be placed in the home to protect your family from viruses and diseases that birds and other animals can transmit to people.